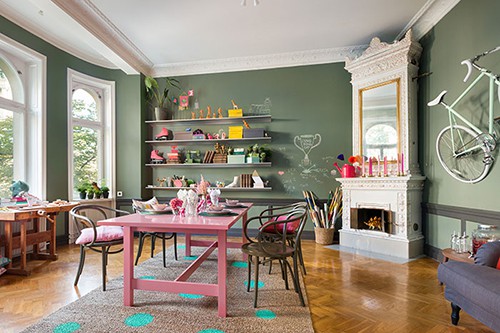 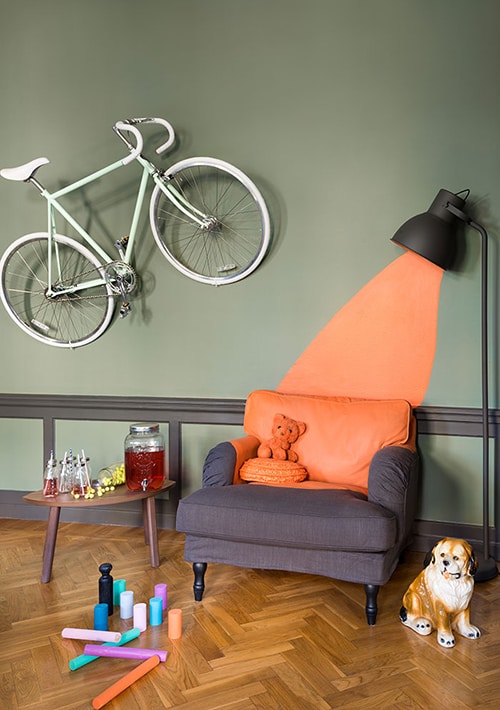 Well thank you! It’s such an honor that you think of it like this and kind of see what I’m doing. I think it’s because maybe it is more about the ideas to me than just making a nice interior. I can do it, the sleek great looking interior but I think just when I’m about to do it something in me flips and I just have to try to mess it up. It’s like I have ‘mixing it all up tourettes’. I just cant stop. For me it’s all happening in the thin line between stuff. The borderline you might say. The borderline between genius and insane, or beautiful and ugly. If something gets too perfect I’m directly bored. So it mostly a way to keep myself on my toes but in a good way. And also I don’t care at all about labels.

“I want to fall in love. With stuff or people. It doesn’t really matter if you are well known if you are a dick.”

Then you’re simply a dick (if you know what I mean?) I love it when unexpected things flourish when beauty sings in the eye of the beholder not because it labeled as good/expensive or whatever. But this borderline thing also does that sometimes my stuff won’t be as good as they can be – in my opinion because I didn’t get it just right – maybe it became too crazy or ugly or flat, haha, but I keep on trying and sometimes I think I do good and fun stuff! At least I try – hard! 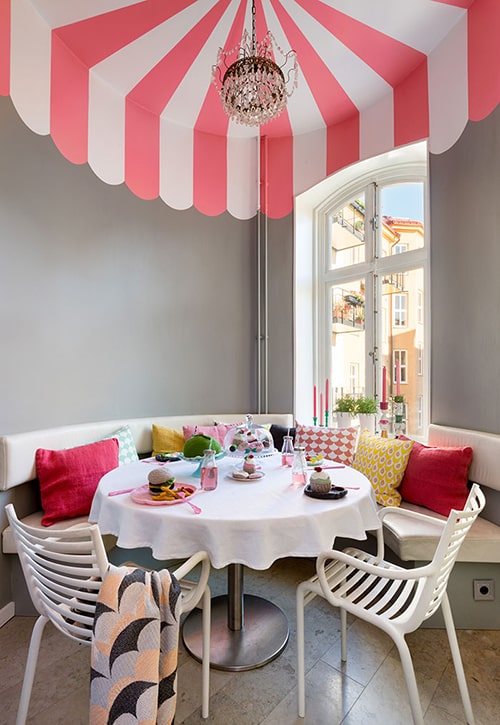 I think I became this way growing up an only child with two creative half crazy parents that let me play a lot on my own but also let me do stuff a bit as a grown up. They didn’t treat me as a child. And on top of that upbringing, getting to figure it out mostly on my own and kind of being born with a lot of selfesteem and a naive idea of anything can be done. I’ve just tried a lot of different ways/jobs and I’m still seeking the best way/s of doing stuff.

Advice would be to see it a bit more as what it is. It’s just color, paint and stuff- it can be so much fun! Try to listen to your heart instead of only ”will this be trendy/cool/fit in/economical”. If you like it then it’s probably good! At least good for you! When I have a slow day or period I have learned to relax and do something else for a while then the ideas come back to me. I also like to build a good box around the ideas. I don’t think ideas flow free when everything is possible. I tackle it like a solution to a problem. If I need to do this – what do I need, how much will it cost, how much time, what else is out there that could work also for me? That becomes the frames to my box.  Build a nice box and think within it really free – that most get me started. 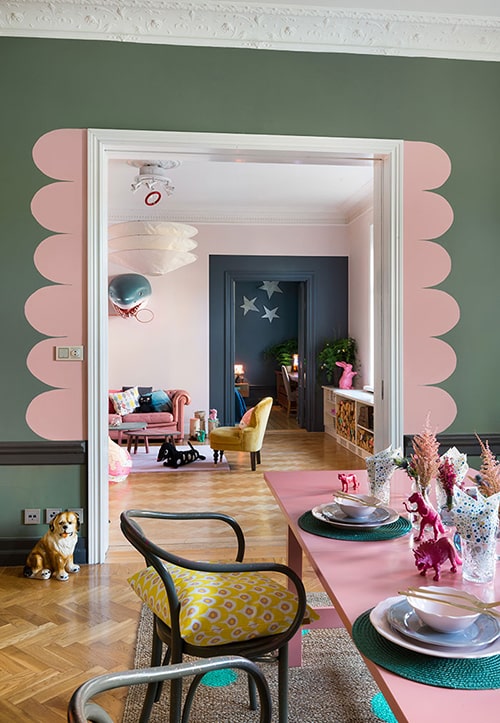 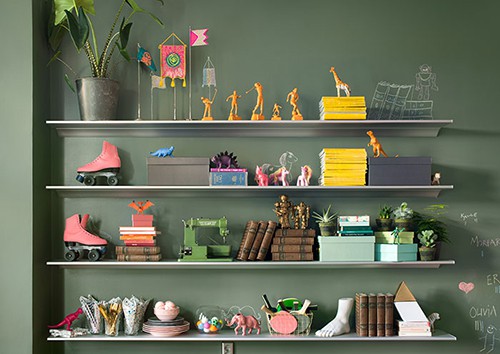 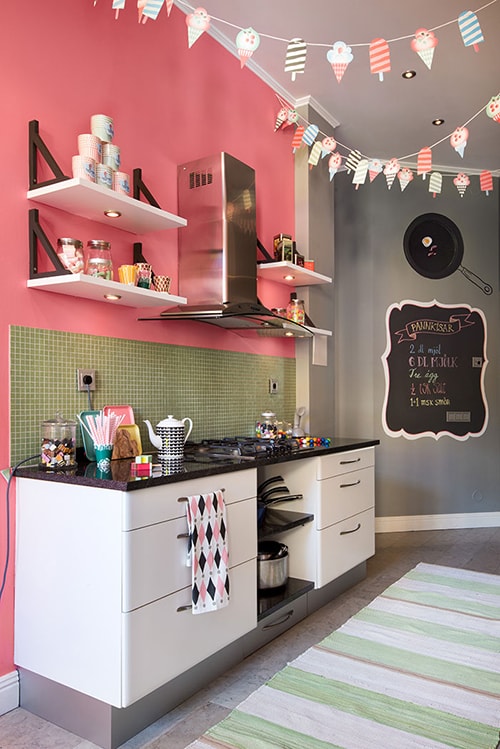 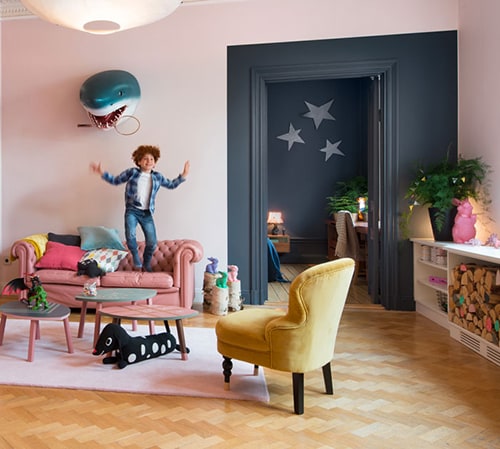 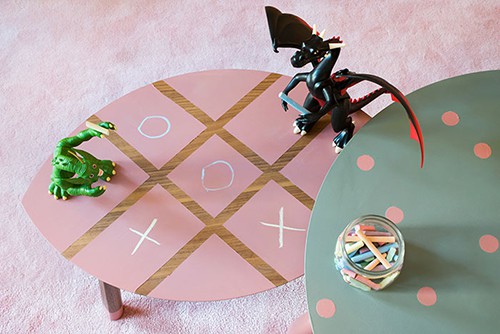 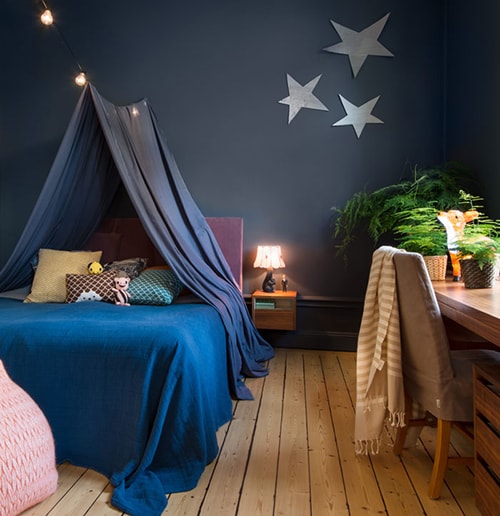 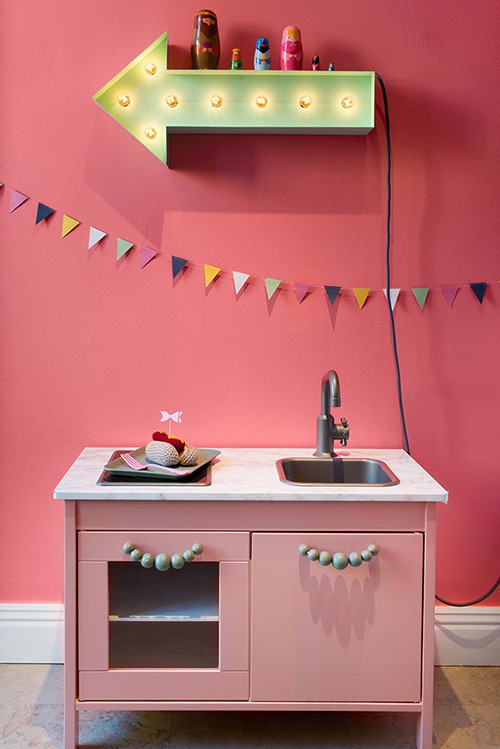 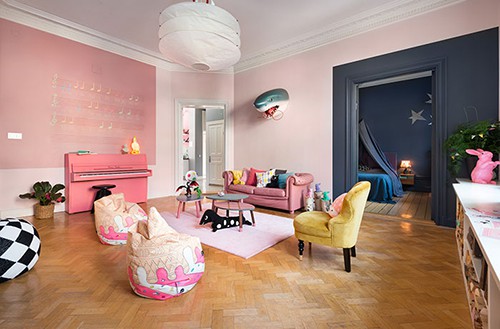 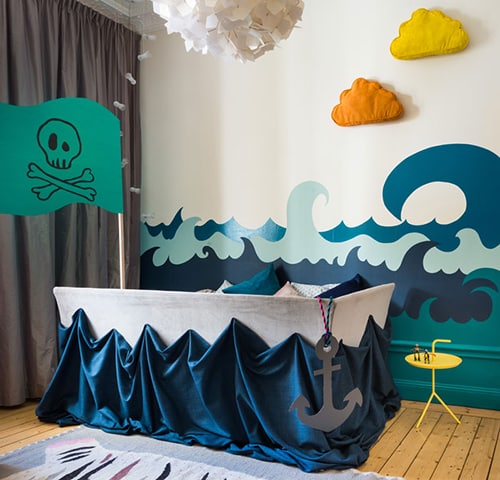 I think I’ve gotten to a point in my career that I have proven myself a bit and people/clients know that they can expect a certain standard of what I deliver. Which is awesome. But I also think I’m pretty good at thinking about both my clients and the stuff I want to do – as in I don’t just do my thing and let them follow. I really believe that I’ll help them along the way. But with that said I also like to help them to maybe try to go a bit further or go in a different direction. But mostly the client want that already otherwise they don’t work with me… 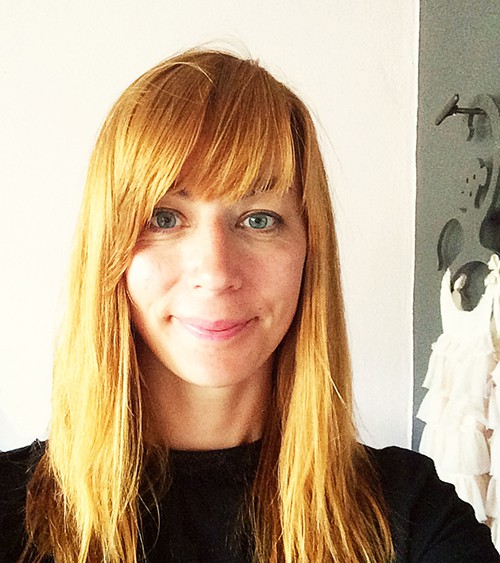 As the example with the apartment up for sale it was the paint company Beckers that hired me. The work there is a ad-campaign but set in an apartment that was up for sale. Mostly because a common trend in Sweden is to sell apartments you make it cleaner and more like a blank canvas for people, so that people can fill it with their own ideas. But that is a trend that slowly is changing. Changing in the way that the apartments become more and more styled before they are put on the market. But the idea from Beckers was to make an apartment with a kids pow.

The owners as well as Beckers had to agree with my ideas before doing it and for me it was very important making an apartment that would look good even without the fun styling. That the colors would work with a more classic set of decoration as well. I don’t think it would have been good if the apartment was made totally bonkers (which certainly some people may think already, haha) but it still had to be sellable and nice and show the full potential of the whole flat. I think the owners had a bit of a hard time seeing it all in their heads beforehand and it was a bit far from their own style but they believed in it and it became a great outcome for them in the end. And I think the new owners will keep a lot of the ideas and colors – that made me happy to hear!

I love a accent wall – cause you can try a lot different things with it – patterns & colors, without it taking a lot of time or costing too much but it will still impact a whole room! Or to make changes with fabric. A new carpet, different sofa cushion, curtains… But mostly I believe that a happy home is made of love. Sounds cheesy but don’t buy stuff you don’t love. And make your home so you can do stuff within it that you love. If you love watching TV – well make that room a great room for watching TV. A comfy sofa to really be able to lay in and watch for hours not just a beautiful sofa that you want to leave after two seconds because your ass is numb. Then it’s just a beautiful but stupid sofa.  Or if you love to have big dinners – get a larger table and comfy chairs that you can sit in for a while.

It all sounds simple but I have come to realize that a lot of us decorate after what we think will be good not because we need it. Like in Sweden almost everyone get a desk for their kids when they start school and put it in mostly very small children’s rooms but the kids want to be where we grownups are so most of them tend to do their home work or draw at the kitchen table. Maybe its better to get rid of that desk in their room and give them more room to play? Personally colors always makes me happy!  Colors doesn’t mean strong signal colors – I love 50’s kind of dirty pastels that you can mix and match – it makes it a softer home. And I love pink – I think it works with every color. Actually a soft pink I see as a very neutral color.

“I think that the best thing is to sit down and write list of what it is that works in every room and whats missing and then go from there.”

Most people tend to miss a balance in the room. For example that if you like hard colors – monochrome black & white you need to make it softer by maybe get some carpets that are really fluffy or put in some drift wood with patina something that makes the hard softer. And if you like lot of things and are a bit more messy then maybe it’s good to make the balance with a more strict cupboard or modern furniture to even it up! 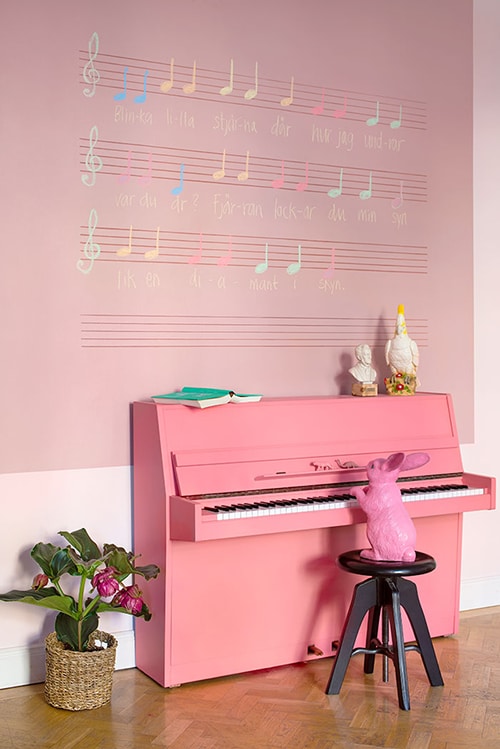 I put on my red been striped shirt and a pipe à la Wes Anderson, haha no he makes such wonderful worlds. But well blogs, Instagram and Pinterest are great places for ideas but it can also be overwhelming with ideas and it gives me bad self esteem from time to time… But I kind of collect ideas all the time, in stores – good or fun retail solutions, or at other peoples houses or when traveling. Then if I find good ideas I collect them for someday – because I know that sooner or later I can use them in a job. A also love to travel and meet people  – and to talk about ideas. Suddenly someone says something about something completely different but it gets me going. I think I do as Iron man or Tom cruise in minority report and i have like a big mental board where I switch things up all the time.

It’s a bit like laying a big puzzle of ideas. With time I have also come to relax about ideas – that they will show when I really need it. If they don’t I go back and get more info or randomly search Pinterest or a blog or something. Last week I had such a moment. I had collected ideas in my head for a while but nothing was really showing  – no flow. Then I did something out of the ordinary. I got invited to a blog-meet at a museum in Stockholm and just being there triggered a lot of stuff. So while other people were speaking and showing stuff I scribbled page after pages with ideas that just came flowing – ideas that and nothing to do with what I heard but that just got me going. Flows like that are so cool! 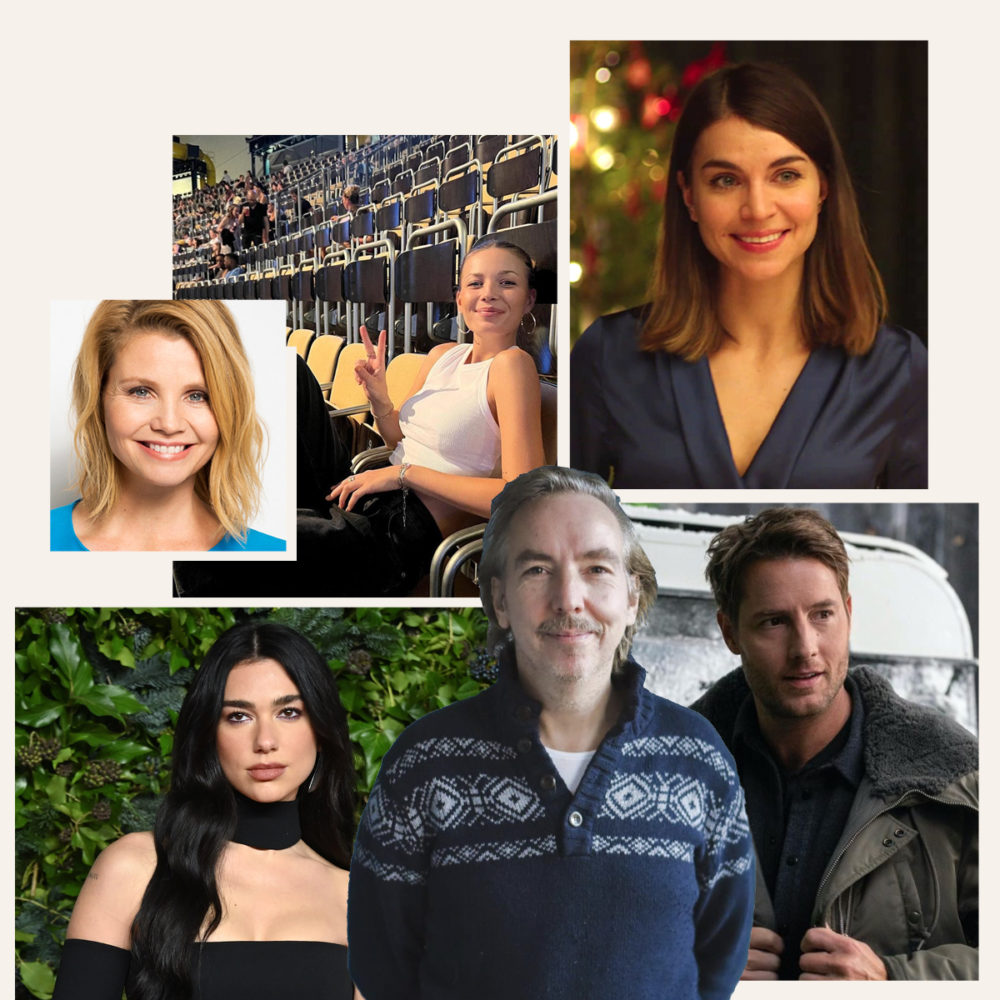 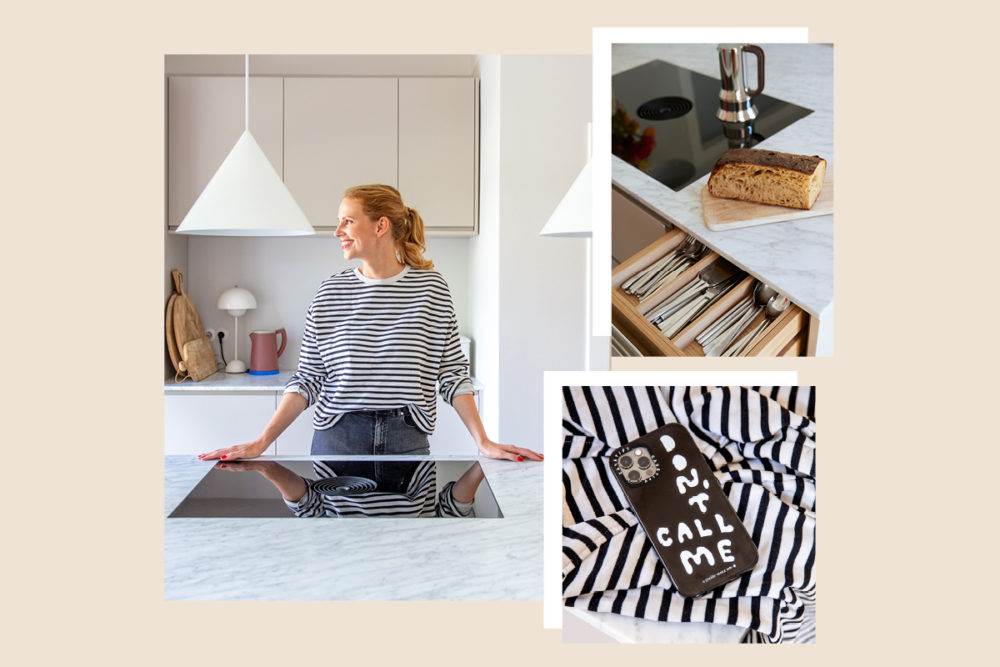 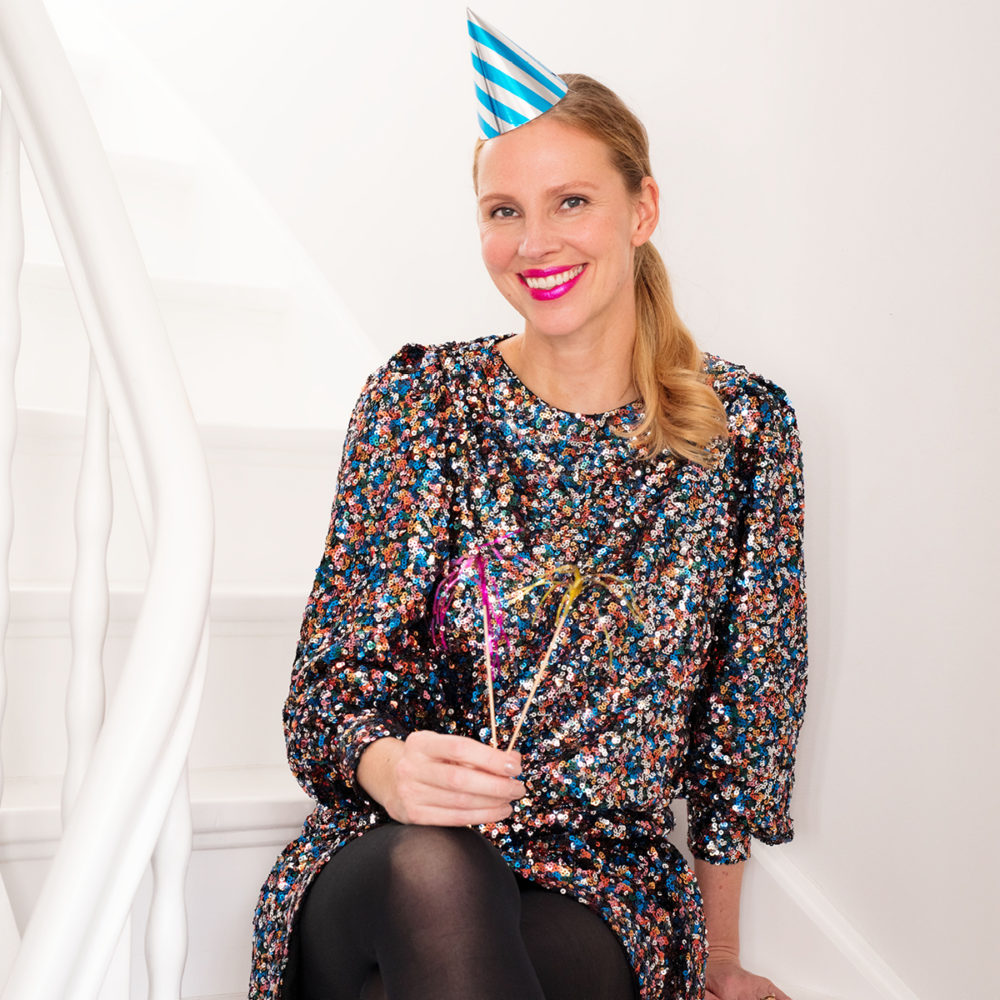 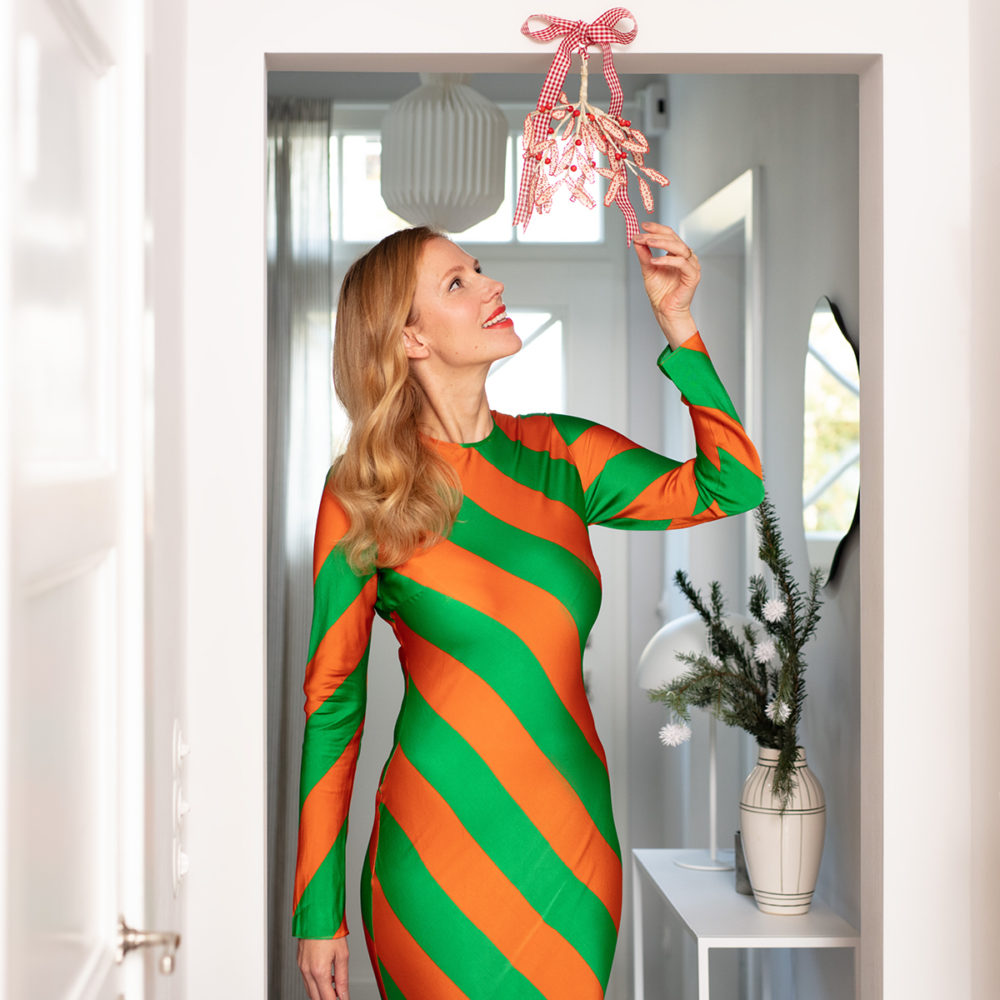 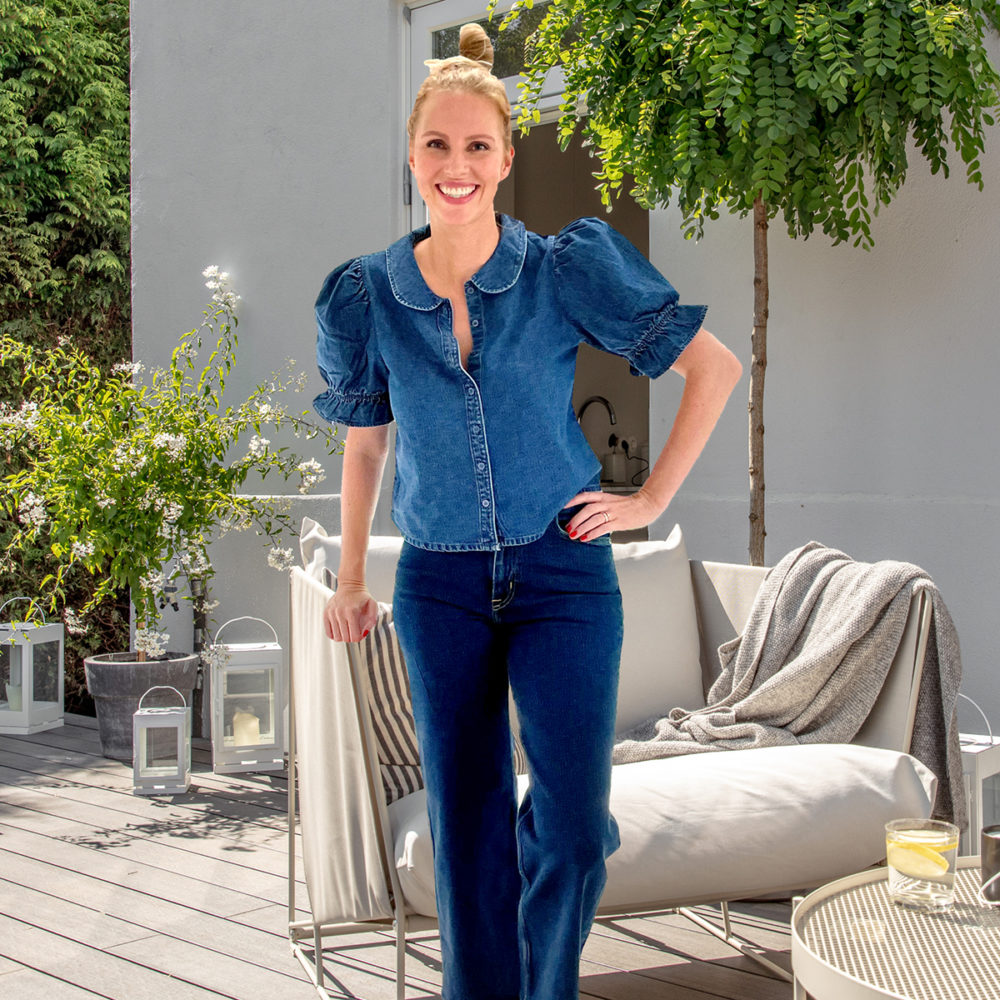 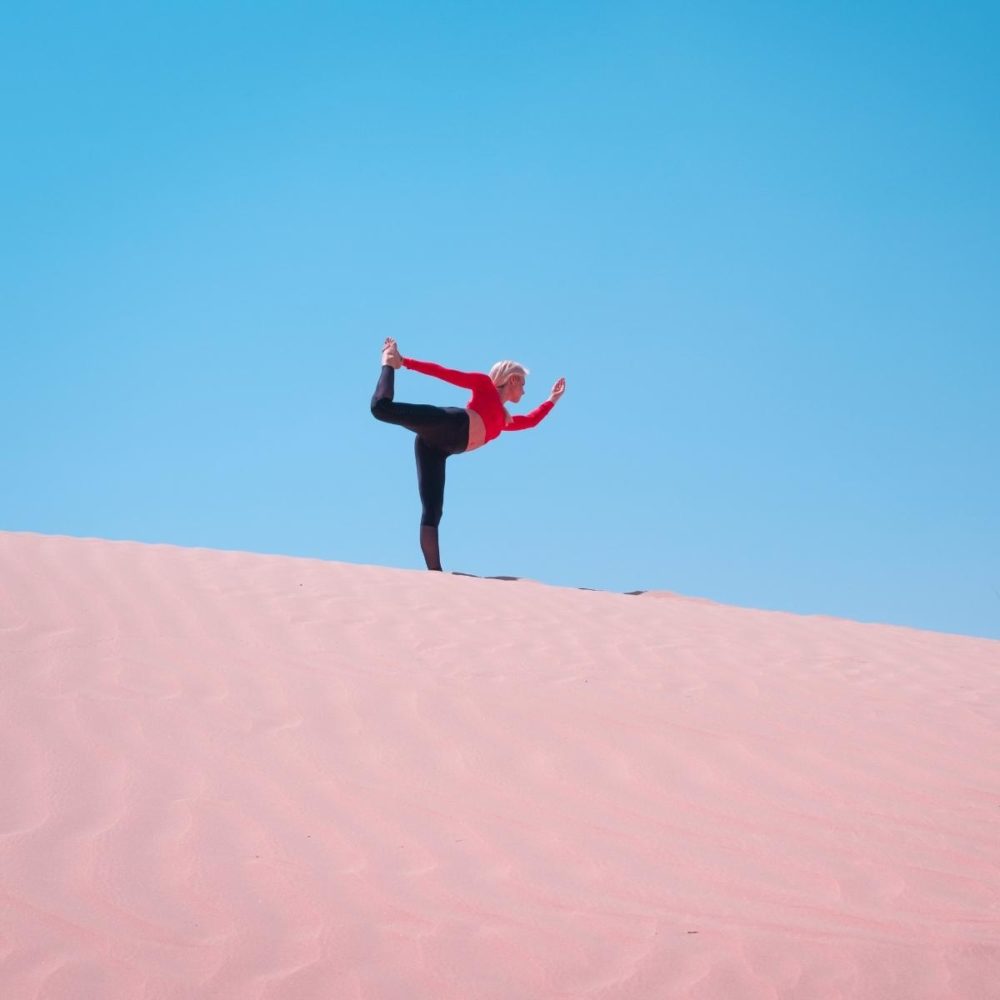 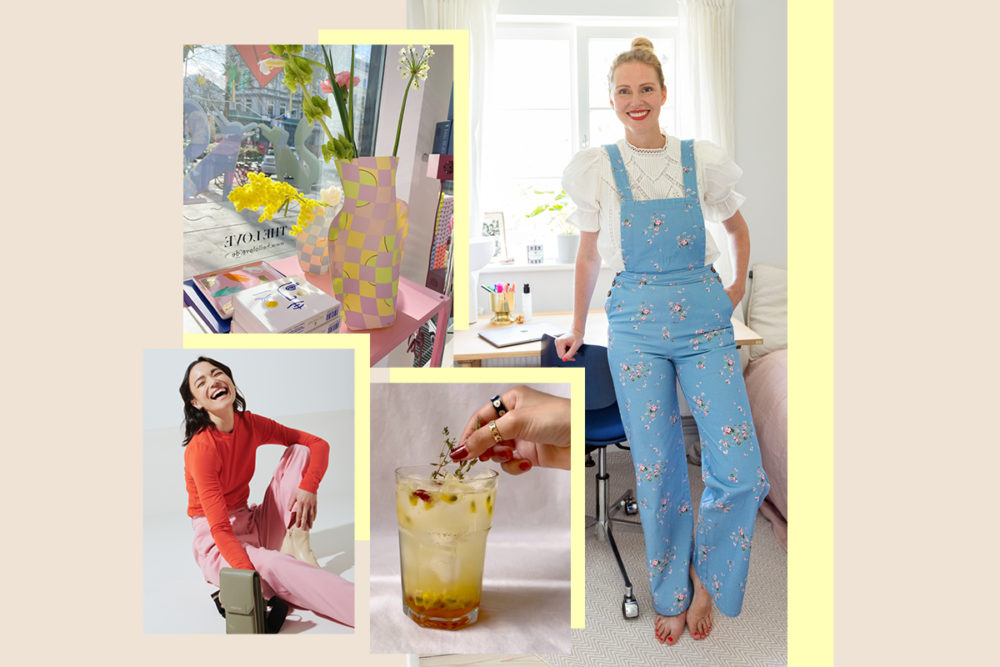 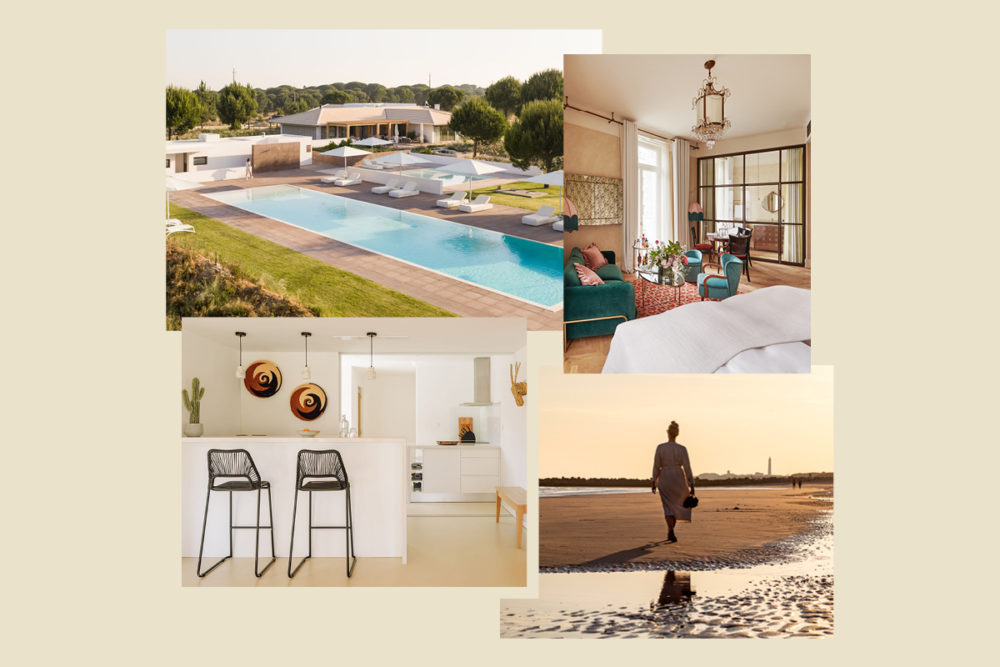 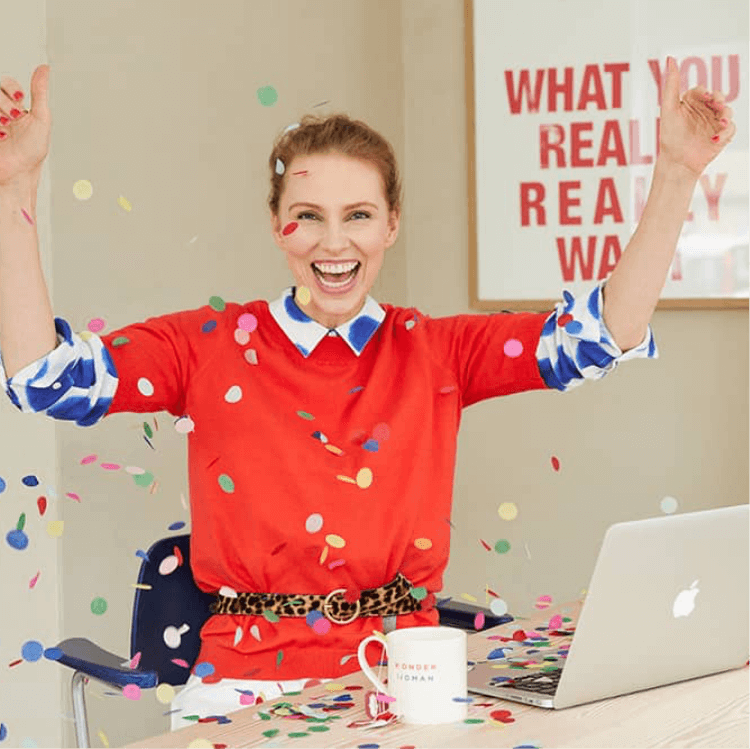 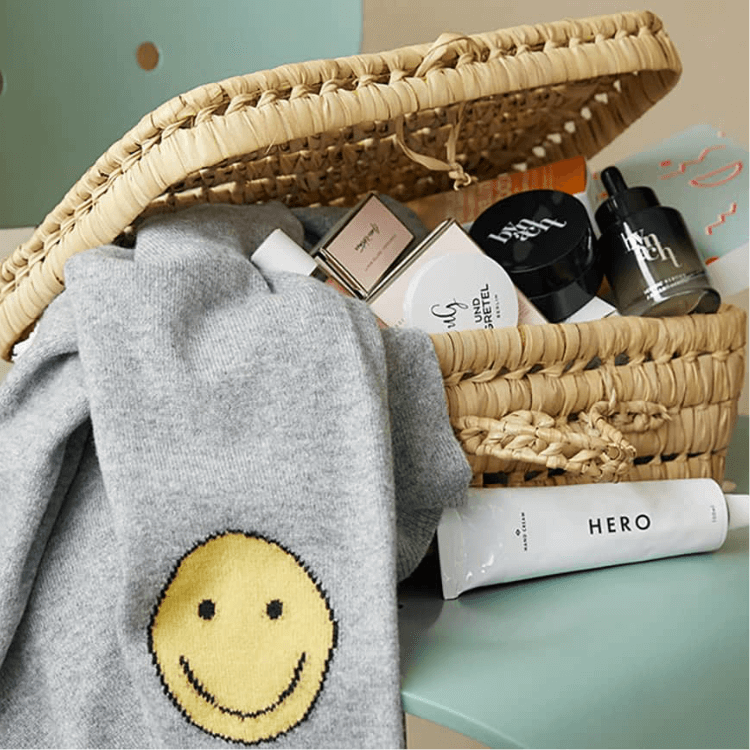